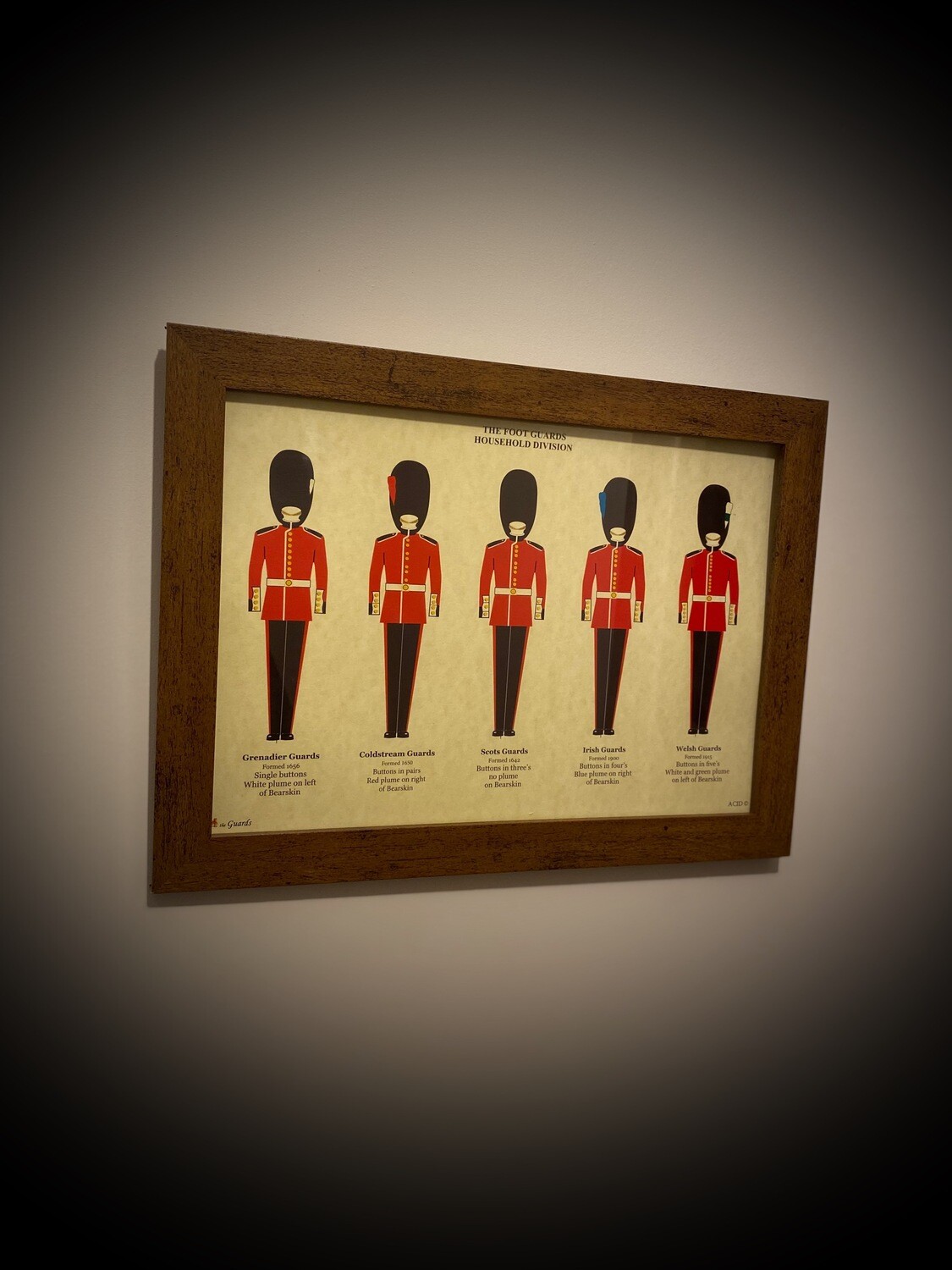 Her Majesty’s Guards: The Five Division of Foot Framed Art

An image of 5 brothers in arms, the full line-up side by side of Her Majesty’s Five Divisions of Foot. Each guardsman is proudly positioned in line next to their colleagues of other regiments, which reinforces the strong connections to, and the history of their regiments and the nation, whilst dressed in their ceremonial finery resplendent in their differences of plumes and button groupings. This respectful image evokes feelings of pride, reflection, and symbolism, intertwined with the long association of royal history between the Monarch and every individual soldier who has worn this uniform over the centuries. Crafted from fine British materials and made in the United Kingdom.

The Guards are active members of Her Majesty’s Armed Forces who have seen active duty in foreign conflicts such as in Afghanistan, Iraq and other countries. The Guards are also called on domestically in times of disasters: fires, floods, as well as civil duties such as helping to put the 2012 Olympic Game back on track when the Games security fell short and threatened the opening ceremonies. Within the last 18-months the Guards have been on the front line in the country’s fight against Covid-19. Serving Crown and Country is not a modern notion as they have been doing it since the Reformation.